This memorial sign was dedicated on Memorial Day of 2014. It is located in the Veteran's Memorial Park in the downtown business section of Harvard, Nebraska. 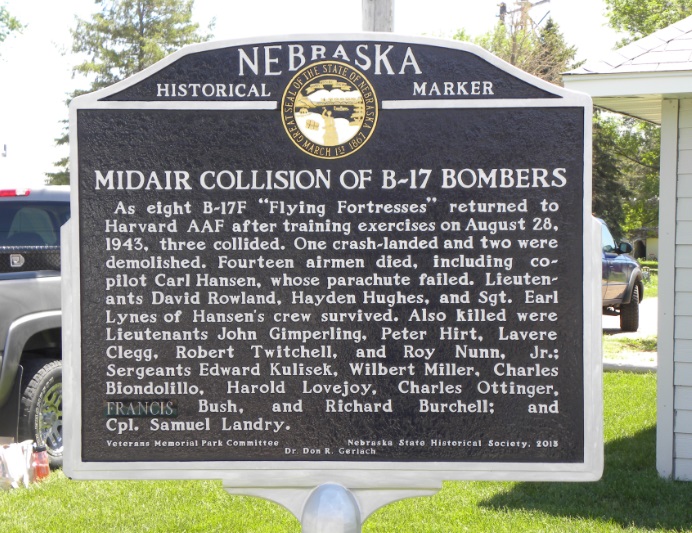 The name for Francis Bush was unfortunately misspelled as "Richard Bush" during the fabrication of the sign. The official military accident report as well as local newspapers covering the accident had his name listed as "Richard Bush". It was only after family members of Francis Bush were located that the error was learned, but regrettably after the sign had already been made. Our sincere apologies to the family of Francis Bush for not catching this error sooner.