Small practice bombs similar to the miniature MK series used during WWII (MK-5, MK-23, MK-43) occasionally show up on internet sites such as eBay, but there is no firm indication that they were used during WWII. Some have called them WWI practice bombs. One has been hand-lettered with the date 1918. A patent for a small bomb was filed by Herman E. Halland on January 4, 1932, so these small bombs that don't seem to fit the type of the MK series were probably used between WWI and WWII.

Only the main body below the fins is solid. The fins are made of flat metal and are affixed to the main body instead of being part of the body. In the four examples I have personally seen, all four had the fins painted red/white/blue in the same sequence.

The firing pin mechanism on these older bombs is essentially the same as the WWII miniature practice bombs with the nose end open and the force of striking the ground driving back the firing pin into the smoke shell. The firing pins were kept in place by a circular compression ring instead of the cotter pin that was used during WWII. 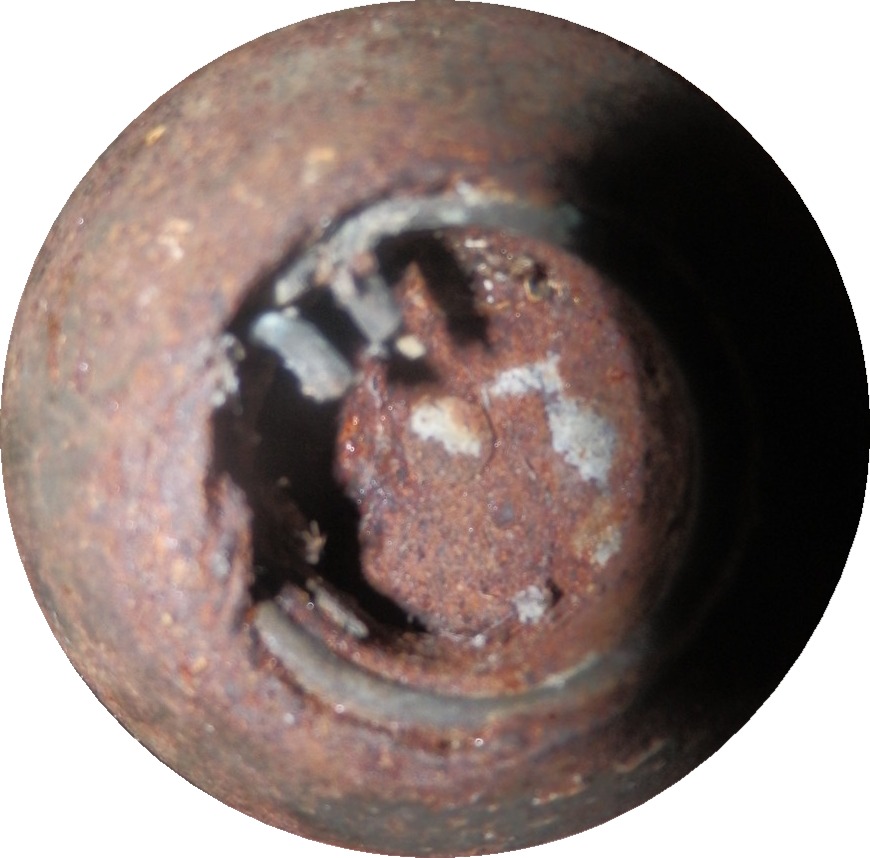 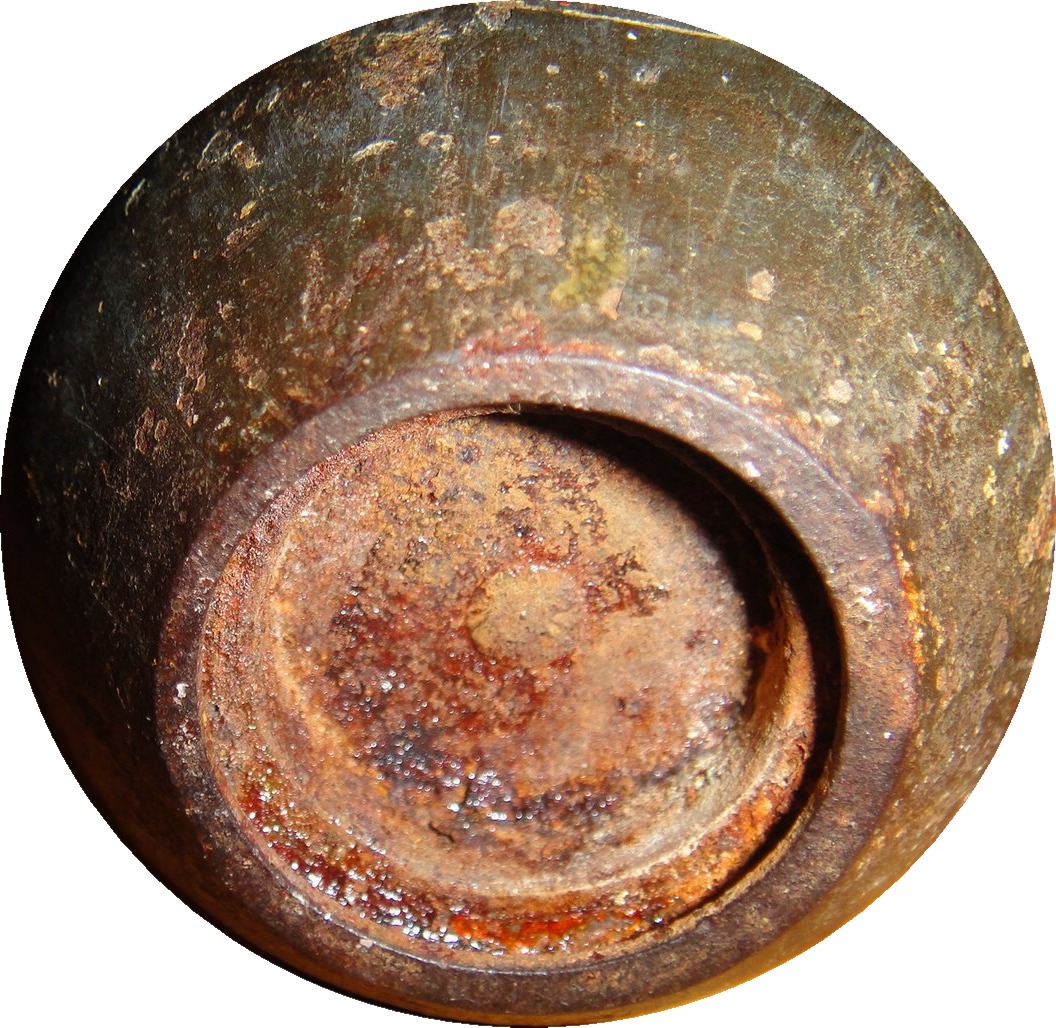 The bombs shown below are most likely from WWI and may not be American made. 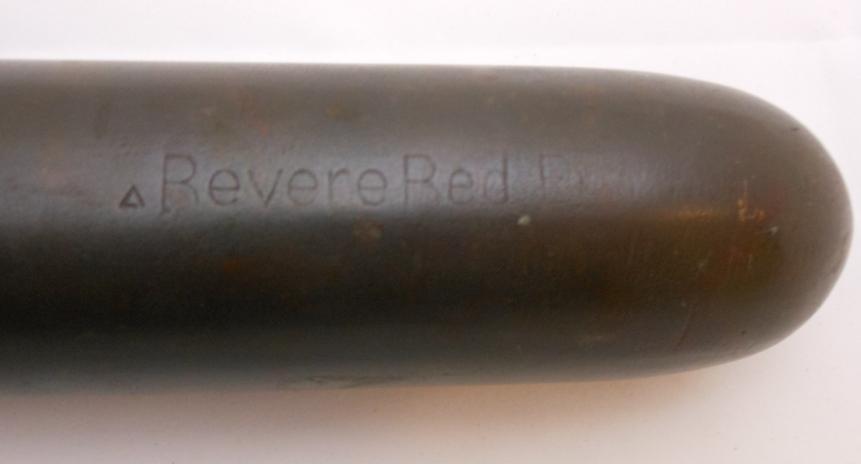 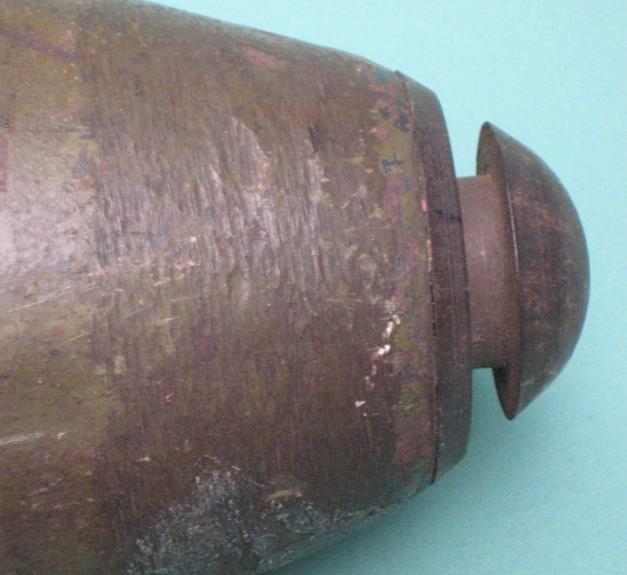 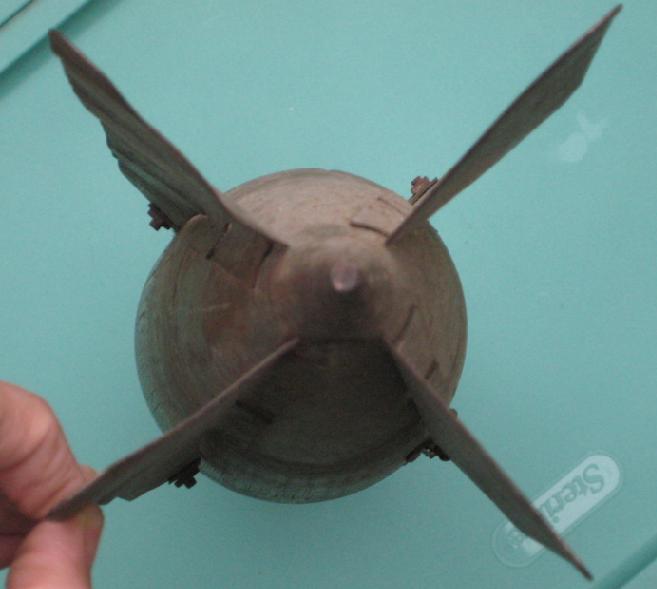 This webpage is copyrighted.
Please seek permission before using the text or photos as your own.
© NebraskaAirCrash.com